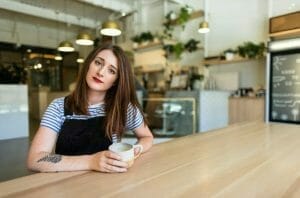 The Biscuits  chocolate gravy is easy to make and can be served with anything. The biscuits can be stored at room temperature or refrigerated for up to three days. When reheated, they can be eaten the same day or the next day. You can also freeze them to use them for the next few weeks. Once they’ve been frozen, they can be stored at room temperature or kept refrigerated for up to a month.

I was recently scanning through chocolate recipes (what else is new) when I glanced across something that said Biscuits with Chocolate Gravy. Wait… what? The thought of having chocolate in a way I have never had it before, as a gravy, was enough for me. I was sold! I decided to make this for breakfast the next day which was easy since I had all the ingredients on hand.

I know some of you may turn away from the idea of having chocolate for breakfast, but is pancake syrup any better for you? Nope. Or what about that white chocolate mocha from Starbucks every morning? Nope! So go ahead, pull out the cocoa powder and make breakfast.

Chocolate Gravy has a rich history and has been cooked for hundreds of years. Modern recipes from for chocolate gravy have evolved from the popular 19th century combinations of cocoa and pudding.

I have a confession. I used canned biscuits!
Oh the shame… I didn’t want to tell you, but there was no way around it. Don’t judge me.

But you know what, you can’t deny it and say Pillsbury biscuits, baked until golden perfection, are bad. You would be lying if you did! I do make homemade biscuits, just didn’t feel like it that morning. I opened the can of biscuits (actually I made Kyle do it, I hate how the package bursts open, it scares me) and I made the gravy in less than 15 minutes. Set the coffee on brew, and breakfast is served! 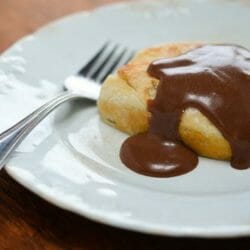 The chocolate gravy is easy to make. You can make a batch ahead of time and keep it in the refrigerator for up to two days. When you want to serve the biscuits, you can reheat the chocolate gravy by heating them in the microwave or over the stove. After they've been reheated, the biscuits will taste even better. In the meantime, you can enjoy your Biscuits with Chocolate Gravy!
Print Recipe Pin Recipe
Prep Time 15 mins
Cook Time 5 mins
Total Time 20 mins
Course Breakfast, Snack
Cuisine American
Calories 187 kcal

This was such a delicious and delectable breakfast. Kyle was skeptical at first, but after one bite he was in love. He compared the taste to a chocolate donut, with the buttery dough and smooth, hardly sweet chocolate. Though chocolate gravy isn’t as common as it once was, it’s growing in popularity in my home. And hopefully yours soon!
Keyword chocolate

Other ways to making Biscuits with chocolate Gravy

To make the best Chocolate Gravy, you will need chocolate chips, sugar, cinnamon, flour, and vanilla. Then, add it to a saucepan and simmer until thick. When it’s ready, ladle it over the warm biscuits. Once they are done, serve with chocolate gravy. This classic Southern treat can be found in all regions of the United States. Here’s how to make it.

To make the chocolate gravy, mix 1 cup of sugar with 1/2 cup of cocoa powder, 1/8 teaspoon of salt, and 1/2 cup cold water. Heat the mixture over medium heat, whisking constantly until thick. Once the chocolate mixture is smooth and thick, stir in the butter. Pour the chocolate gravy over the biscuits and serve. It’s the perfect end to any breakfast. Enjoy! For the best breakfast or brunch, try this recipe.

Then, mix in the butter and half-and-half. Continue stirring the mixture over medium-low heat until it thickens. Once thickened, pour it over the biscuits and serve immediately. Leftover chocolate gravy can be served in a small bowl. The chocolate gravy is the perfect ending to a delicious dessert. If you’re in the mood for some serious indulgence, try this delicious recipe. 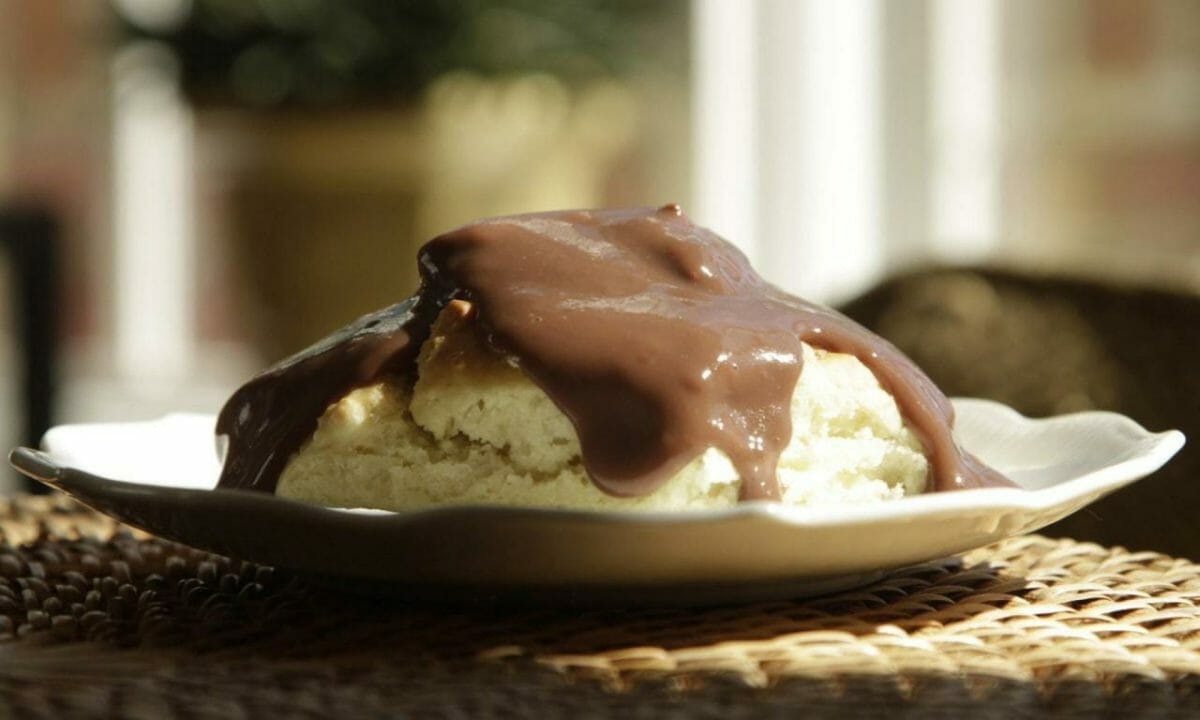 You can use any kind of topping to top your biscuits with chocolate gravy. The chocolate biscuits can be stored at room temperature or refrigerated for up to three days. The chocolate gravy can be reheated in the microwave or in the oven. Once they’ve cooled, serve them with piping hot biscuits. You won’t be disappointed. This dessert is great anytime! When you need a tasty treat, it’s time to try this recipe.

The ingredients for the chocolate gravy are few. You can combine 1 cup of Cocoa powder and half-cup of cold water in a pan. Let it cook on a low heat for about five minutes or until it thickens. Then, add the butter and vanilla and serve the Biscuits with the Chocolate Gravy. These biscuits are the perfect way to end any meal. The best desserts always come with chocolate.

The southern states have a special way of preparing biscuits. They serve the biscuits with chocolate gravy in the form of a dip. The sauce is made with flour, granulated sugar, cocoa powder, and salt. When poured over the biscuits, it can be used as a condiment. During the colder months, it can be used as a side dish for a delicious chocolate treat.

To make Biscuits with Chocolate Gravy, you should prepare the ingredients for the chocolate-flavored gravy. For the biscuits, sift the flour with a pastry blender. If you’re making the chocolate gravy from scratch, it is better to cook in the oven. It will make your biscuits softer and tastier. If you’re looking for a more traditional breakfast, you can prepare the sauce in the microwave. 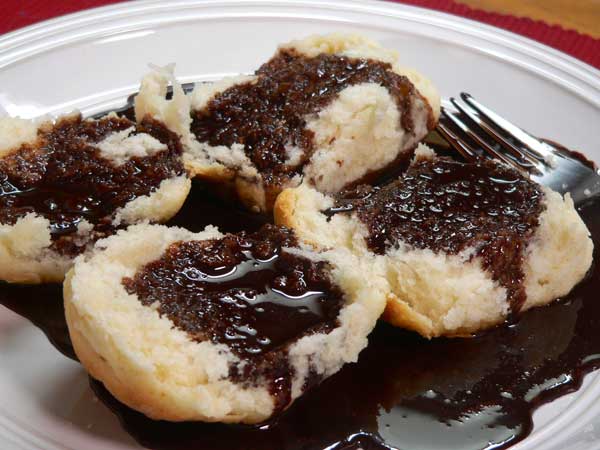 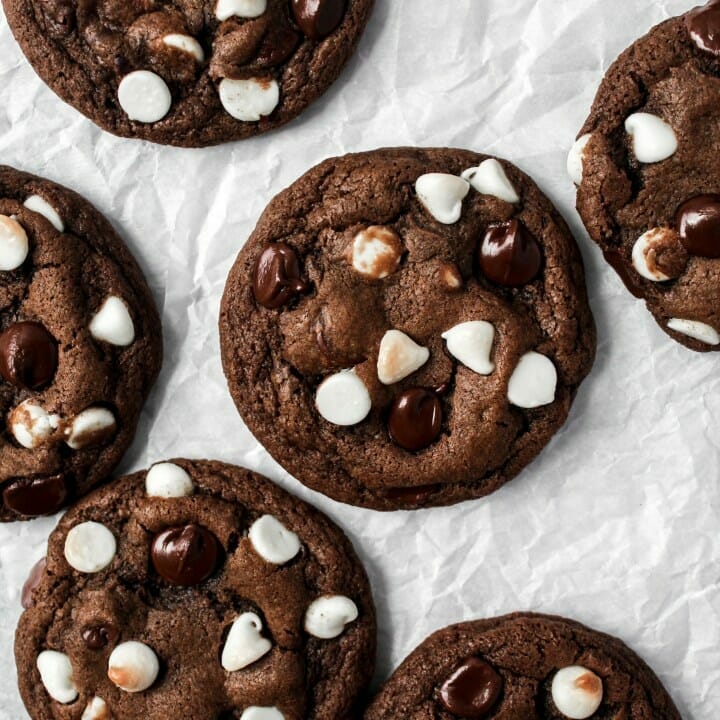 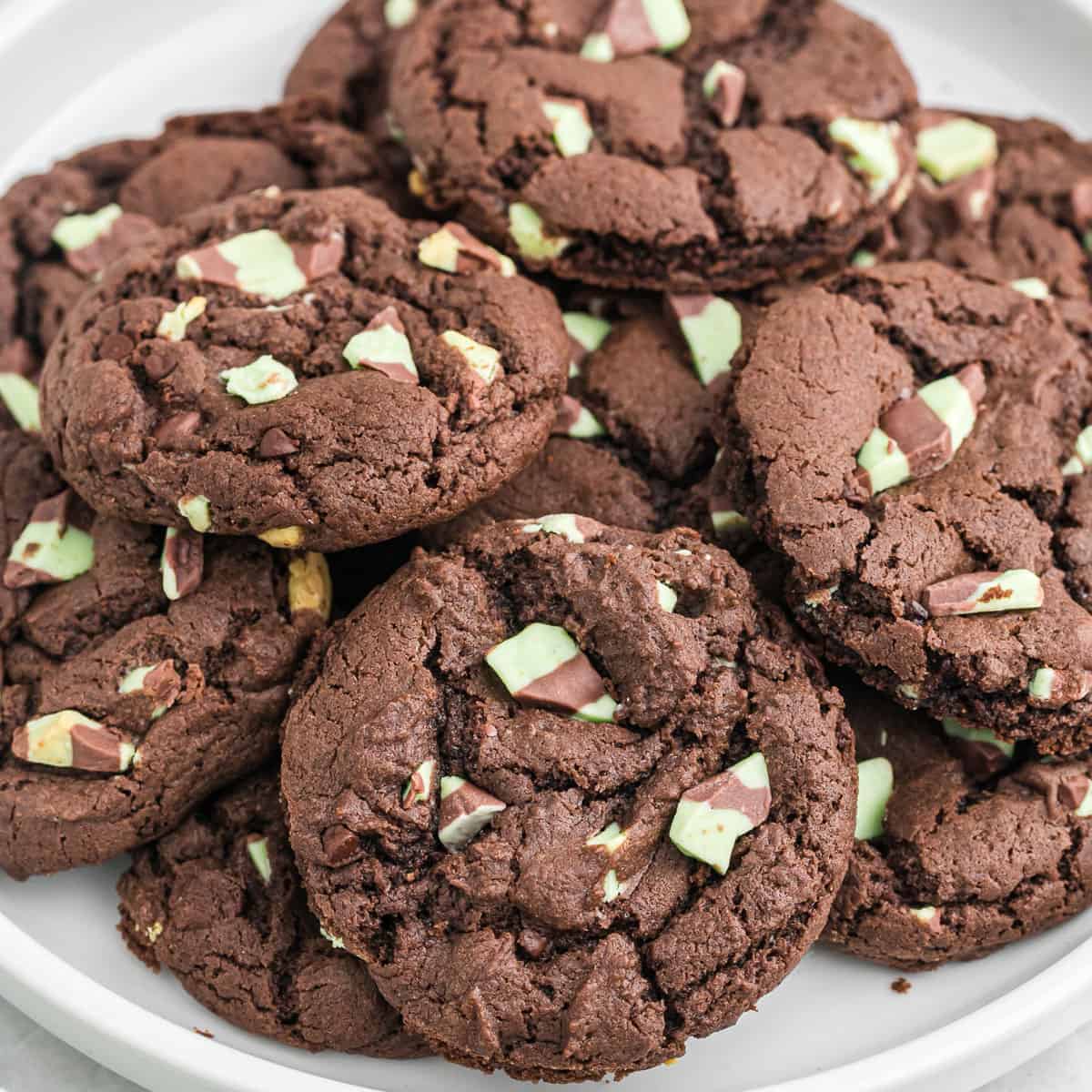 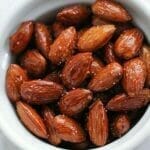 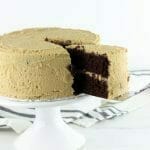